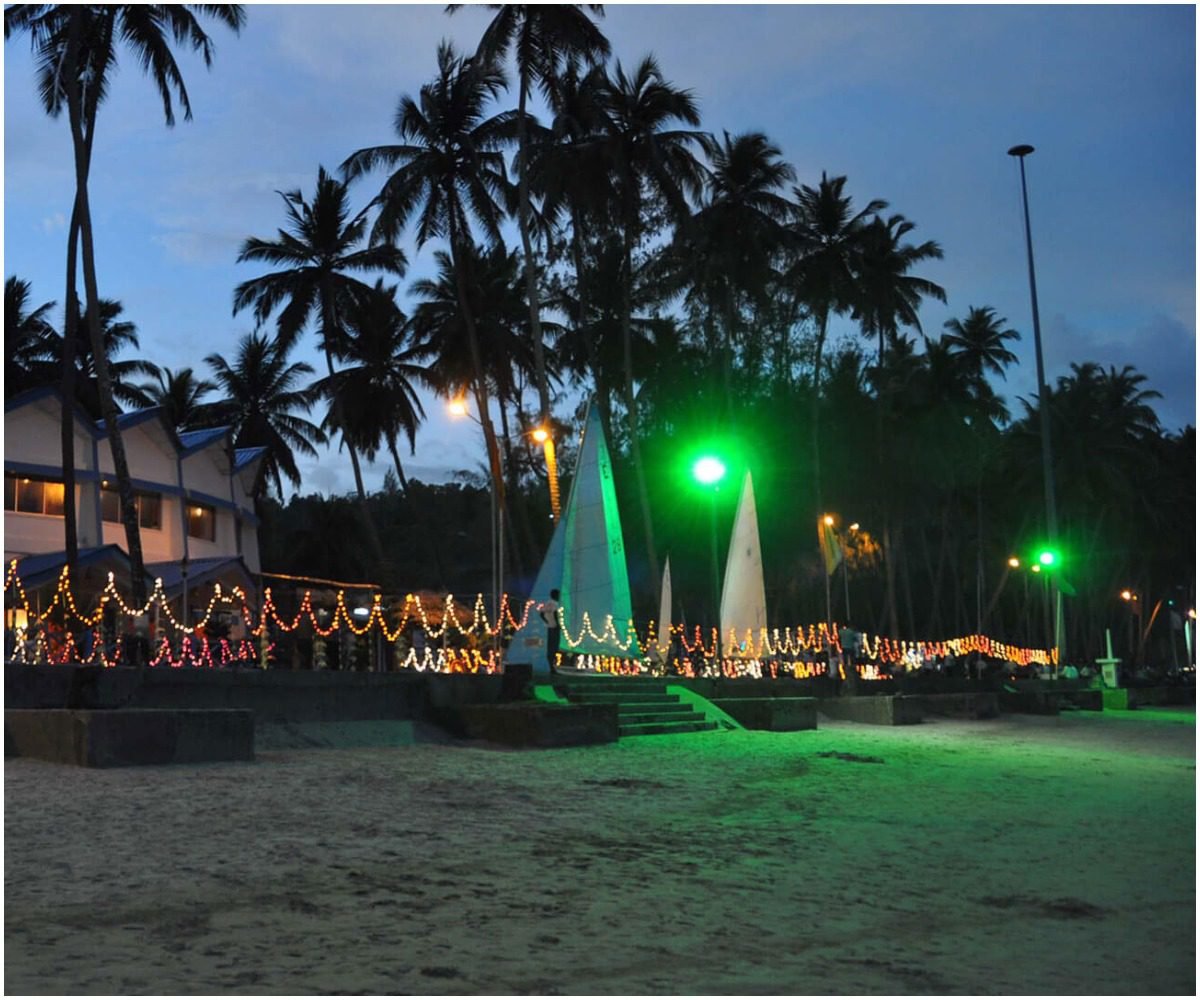 The Andaman Islands being one of the eight Union Territories of India celebrate every popular Indian festival with a lot of gusto. Being a multicultural island that multiple ethnic and religious communities call their home, there’s a lot of diversity when it comes to celebrating festivals. Whether it’s Diwali, Eid, Christmas, or Durga Puja, the people of Andamans celebrate them all with the same energy and enthusiasm.

Other than the ones mentioned above, these six significant festivals deserve special mention in the Andamans.

It may take you by surprise to know that Andamans is big even at film festivals. Events like Port Blair Film Festival and INTERNATIONAL FILM FESTIVAL OF ANDAMAN AND NICOBAR or IFFAN are quite a spectacle as esteemed movies and documentaries from all over the world are screened during these events, which is followed by panel discussions led by acclaimed celebrities who are invited by the festival committee.

The months of June and July generally don’t see much tourist activity due to the arrival of monsoons, but the Directorate of Tourism along with other departments of the Andaman & Nicobar Islands Administration leave no stone unturned to organize the Monsoon Festivals.

The Monsoon Festival has something for everyone, from live music performances by DJs and bands to food and game stalls. With several business shows, deals, and diversion programs conducted by the committee, this festival also brings in new experiences and businesses for local business owners as well.

The Beach Festival is one of the grandest festivals celebrated with utmost vigor across several beaches on the Andaman islands. Every year in April the Directorate of Tourism gives the responsibility to a few select beaches to host events for the amusement of tourists and islanders alike.

Apart from giving an unprecedented nightlife experience to the people, the main purpose behind the Beach Festival is to promote shoreline exercises. One can either be a spectator or a participant in the various water sport activities that take place. There are also fishermen dinghy races and sand sculpture-making competitions held during the festival that are a treat to the eyes.

Some of the other fun activities and events include games like kabaddi, volleyball, tug of war to name a few. The Beach Festival provides a platform for local artisans and craftsmen as well, allowing them to showcase their work by putting them up for sale. And at night, the beaches become a paradise for fans of cultural events thanks to the live music and dance shows performed by locals.

As the name suggests the Island Tourism Festival is specifically organized for the entertainment of tourists and to promote locals each year in January for 15 days.  It is held in Port Blair and a few other places across the island.

This festival has become very popular worldwide over the years, attracting thousands of visitors all across the globe. Each night the quaint islands come to life with brilliant live music and dance performances, along with excellent theatres and plays performed by talented artists. During the day, a fair is held, where both children and adults can indulge in fun games and activities, gorge on delicious cuisines in the food stalls, and enjoy shopping at the local handicraft stalls.

The Food Festival is held for 5 days annually in September. If you happen to be on the island around this time, it is worth a visit. You can get the opportunity to relish cuisines from all over India as each state in India has its representation here. We can guarantee that you will not be disappointed with the various food stalls presenting different delicacies from several states of India. Along with mouth-watering food, the committee also organizes cultural shows for visitors. This festival aims at promoting authentic Indian cuisines and cultures from different parts of the country while maintaining its diversity.

The prime idea behind World Tourism Day is to promote tourism in the Archipelago by having the locals participate in it, thereby educating them about its importance. They showcase their culture, cuisine, and local handicrafts through an extensive number of programs. It becomes an attraction for tourists which helps in popularizing the island as a whole. Each year the tourism department tries to bring something new to the table. For instance, they had a flea market in 2019 which quickly became the highlight of the event.

You can now plan your holiday to the Andaman Islands around these festivals which will make your trip nothing short of amazing. Travel experts at Andamans can customize your itinerary according to your choice of the festival. Best ‘Dry-Activities’ You Can Enjoy in Andaman Islands